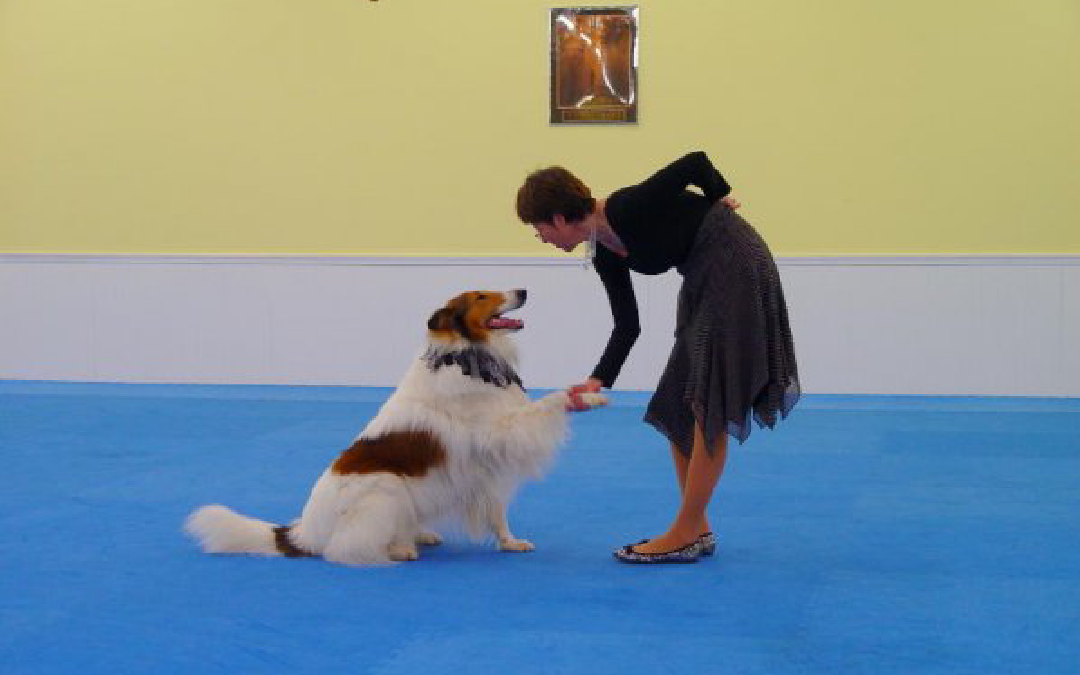 Any second grader will tell you—magnetism is a fickle force. Only a few things attract each other. Move the magnet too quickly, and it doesn’t grab hold. Get too much distance between magnet and object, the attraction diminishes and things fall away.

In training, we often use cookies (my generic term for whatever food reward is in hand) to lure a dog into the behavior we seek. For instance, with a piece of roast beef in my hand, I bring my hand down to the ground to encourage a dog to change position from sit to lie down. This is when remembering magnetism pays off.

Only a few things attract each other is as true with dogs as with iron. You can’t lure a dog to follow something that isn’t attractive to him/her. This is when knowing your pup can make a huge impact on the success of your training. Your dog must be interested in your lure.

Generally, dogs are interested in food, so luring with food should be possible. But, which food is best? This is so individual! Only your dog can tell you. Watch your dog’s reaction to different foods. Some love cheese; others will turn inside out for pizza crust; few will turn down liverwurst. And remember, appetite is the best sauce–a dog who has just finished dinner can turn his nose up at anything.

Over time, you’ll develop a mental scale of your dog’s food values. For example, my dog Loki gives those little round commercial training treats a 1, ham earns a 2, the kibble I use to stuff his Kong rates a 3. Natural Balance Turkey-flavor gets a 5, but the Lamb flavor is a reliable 7 as is cheese, hotdogs, bologna. Chicken comes in around 8. Frozen meatballs earn a solid 9 as does liverwurst and roast beef. The crust from a just-delivered pizza is a clear 10. You get the idea.

Once your dog is focused on you (and your strongly attractive cookies,) it’s important to move at a speed that ensures the magnetic connection is solid. Accelerate your hand motion too quickly, and the connection will break. That’s as true with dogs as with magnets. A quick move of your cookie away from the dog typically gets one of two results. Polite dogs assume they have made a mistake: you didn’t want them to follow the cookie so they resume what they were doing before the cookie swept past their nose.

Bold, pushy dogs? Ever seen an older sibling pull a candy bar away just as their kid brother grabs for it? Two or three repeats and the kid is leaping, grabbing, and screaming with frustration. Dogs often respond the same way, grabbing for treats with sharp, hard, sudden snaps of their teeth.  Many earn a reputation as “shark-mouthed” or “sharky.” Avoid this by using slow gestures that let the dog know you intend for him to earn the reward.

The mechanics of luring a dog also ask us to be aware of our place in the world. Clever handlers use their knowledge of how dogs use space to influence the chances that the dog will move correctly. For example, if the dog is sitting next to me, he will be apt to stand when I lure him with a cookie moving forward from his nose. If the dog starts by sitting in front of me, pulling the cookie forward from his nose is less likely to get him to stand. That’s because dogs generally don’t choose to move into a space I am already occupying.

One situation where luring won’t work is when your dog doesn’t feel safe. Food simply isn’t more important than safety. (Though food can be used to build a feeling of safety but that’s a whole different topic.)

Here’s an example of when luring fails: I have a dog who worries about elevators. When he’s worrying about stepping over that smelly, windy, gap between the hall and that strange moving box, food lures are of no interest to him. He’s too worried to eat.  Holding out the best cookie in the world isn’t going to lure him onto the elevator. I can, and have been working on this issue in other ways (topic for a future blog) but luring won’t get this job done.

To go back to the magnetism idea, fear acts as an insulator that shuts off the attraction between dog and cookie. Sometimes the fear comes from the environment–too many dogs in the room or unsure footing or an unpleasant location. Sometimes the fear comes from what you are asking the dog to do—for example, the second or third time over an Agility Teeter can be a tough sell if the dog was startled by his first attempts.

Put Away the Lure

Luring can be an expedient way to get behavior started. Effective luring establishes clear communication between you and your dog. I move like this, you move like that and you get the cookie. The association is built quickly and then you stop luring. Cookie magnetism transfers the charge of the cookie to your empty hand gestures. When the dog complies you reward his success lavishly.

(Effective rewarding is a subject for future blogs.)

It is important to remember that a lure is a temporary expedient. Depending on how smart your dog is, somewhere between the sixth and eleventh repetition, the lure should disappear. And it should only reappear with great reluctance on your part when the dog clearly doesn’t remember what he’s supposed to do.